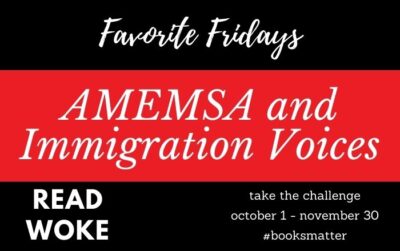 The Read Woke Challenge runs October 1 through November 30. Today we’ll be sharing the book lists for two categories: the AMEMSA (Arab, Middle Eastern, Muslim, and South Asian) and Immigration Voices categories. Keep an eye out for the ones that our staff particularly recommend!