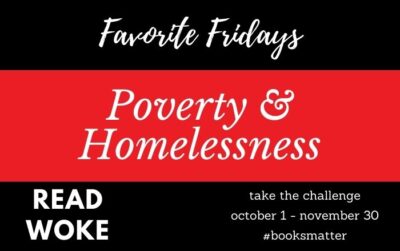 The Read Woke Challenge runs October 1 through November 30. Today we’ll be sharing the book list for the Poverty and Homelessness category. Keep an eye out for the ones that our staff particularly recommend!